I was granted the rare opportunity to view a private screening of Mr. Holmes starring Ian McKellen and Laura Linny. Based off the 2005 A Slight Trick of the Mind by Mitch Cullen (our interview with the author HERE), the story takes us to the beekeeping days of the now retired Sherlock Holmes.  Now, I have read the book so I knew a bit about what was coming and I knew at the least I was going to cry (ha, and what do you know I was totally right!)

Holmes is now 30 years into his retirement and he’s got his quaint little cottage by the sea, a stern house keeper (played by the immaculate Laura Linney) with her little boy, and of course his bees. We meet a Holmes who is struggling with dementia, his once brilliant mind is beginning to wither away to the point that recalling his previous cases is a never ending struggle. McKellen says that he looked into his own personal self to convey this heartbreaking aspect of the story, examining how the body falls apart during dementia and channeling that into his performance. Between caring for the bees (and being quite affronted when people aren’t capable of telling the difference between a wasp and a bee), teaching young Roger the art of apology, and searching for a way to slow the degradation of his mind,  Holmes is writing of his last official case taken at the infamous 221B Baker Street. Writing the correct version he makes sure to note, saying that what Doctor Watson wrote is full of flowery fiction that neglects the cold logical facts. This however proves to be a struggle and the audience is given brief glimpses and clues to solve the case and find out what really happened. 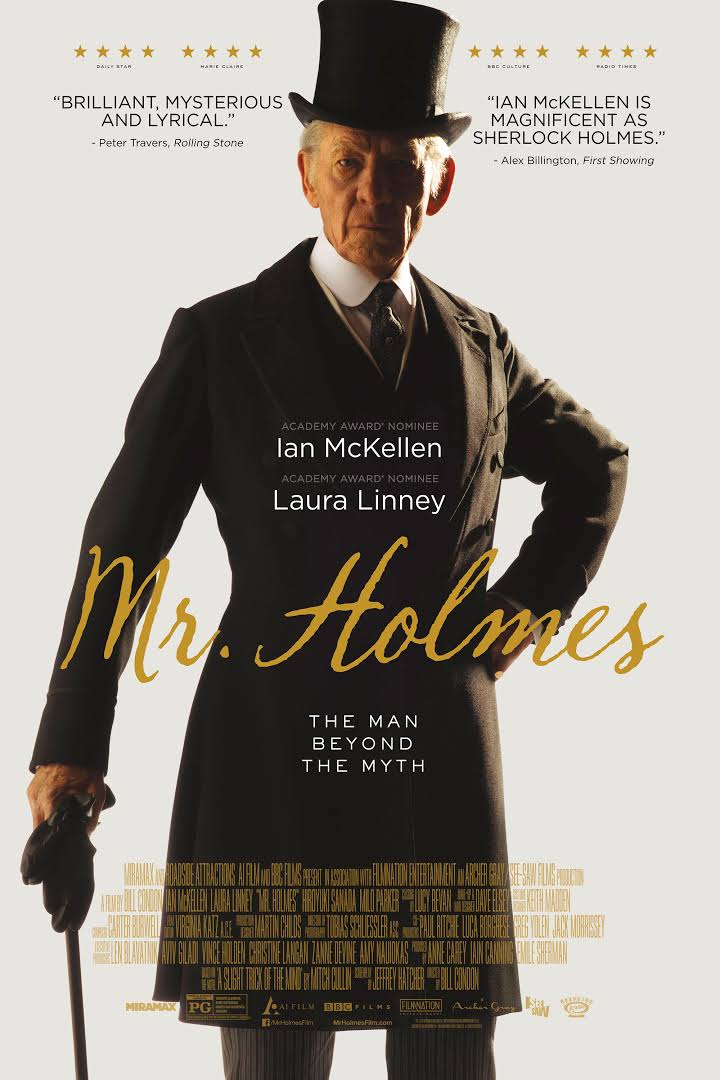 Posted in Behind The Scenes, Mr. Holmes, Sherlock, Sherlock Holmes