SHERLOCK HOLMES and Dr Watson stepped aboard a fishing boat to film the latest series of the hit BBC show.

Benedict Cumberbatch, who plays the Baker Street detective, and Martin Freeman, his sidekick, were seen aboard the craft in Cardiff Bay.

It is two years on from the last full series of the BBC One crime drama but little has been revealed about what to expect from series four.

The normally dapper detective was looking unkempt in the latest images, suggesting he could be encountering hard times in the series, which will be broadcast in the New Year.

Although the drama has a huge following, doubts remain about whether there will be a fifth series.

Creator Steven Moffat said: “I would be moderately surprised if this was the last time we ever made this show. But it absolutely could be.”

As well as reuniting Cumberbatch and Freeman, the new Sherlock, which runs as a three-part mini-series, introduces new characters, including a canine companion for Holmes – a bloodhound, of course. “We might just be going darker. We’ve got a very good set of ideas.”

Fans of the original books have pointed out the super-sleuth used a dog to help him in The Sign Of Four. Harry Potter star Toby Jones will play the role of the villain in the second episode of the series. Jones’s character has not been revealed but Moffat said that he will be “bringing to life one of Sir Arthur Conan Doyle’s finest villains”.

The last time Sherlock was on our screens was with the Victorian-themed special episode The Abominable Bride, shown on New Year’s Day, which was seen by more than 12 million viewers.

It was also the BBC’s biggest overseas export in the past year and earned 39-year-old Cumberbatch an Emmy award nomination.

Moffat signaled “a clear shift in tone” for series four when he spoke about the plans last year.

“There’s going to be some dark stuff coming,” he said. “We are going to try to take it somewhere we’ve never been before: a challenging place to go. 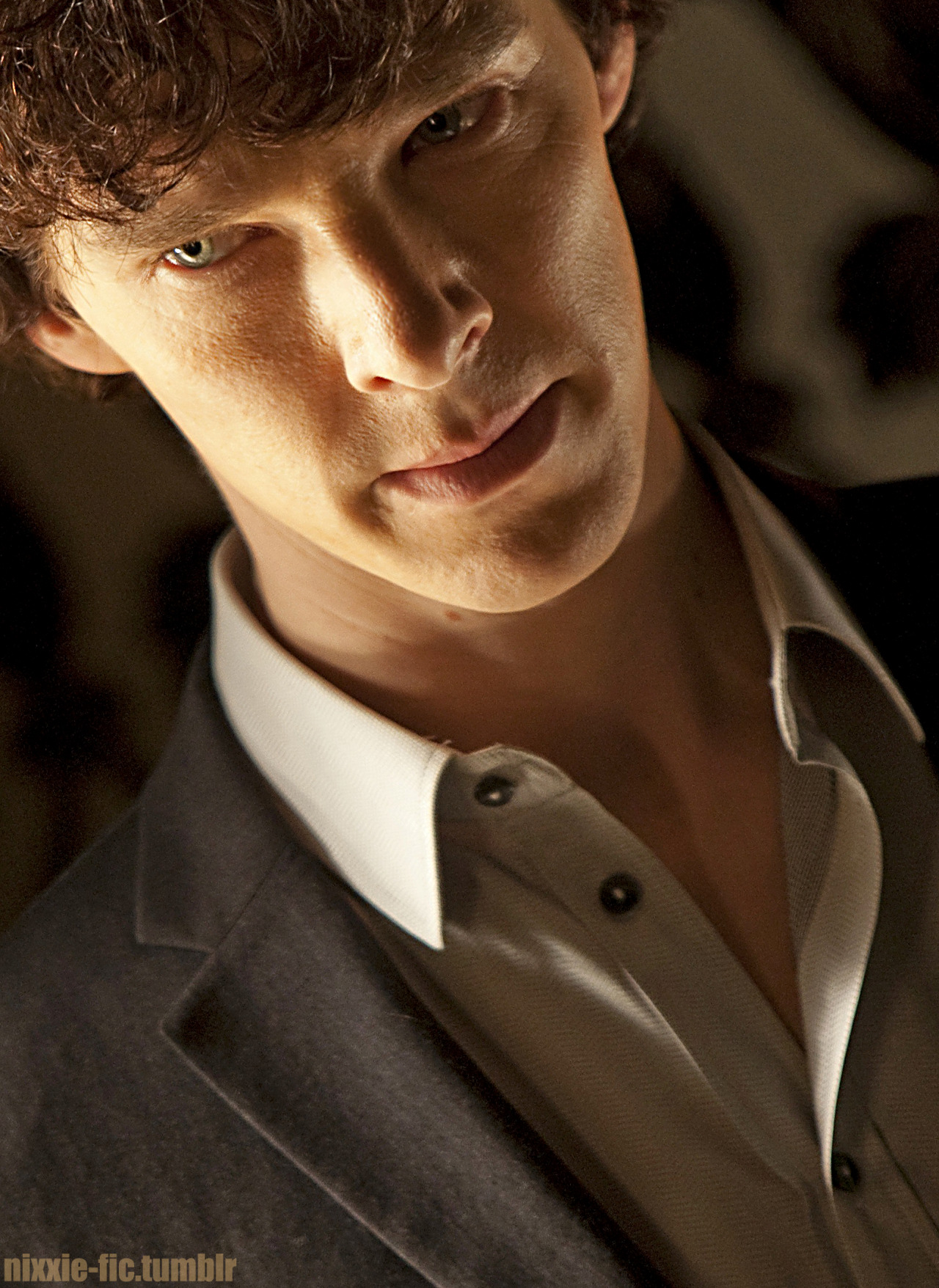 Benedict Hanging Cool Behind The Scenes Of The Hollow Crown…

Posted in BBC, Behind The Scenes, Benedict Cumberbatch, Richard III, The Hollow Crown

Benedict As Richard III In The Hollow Crown….

Benedict BTS Of The Hollow Crown… 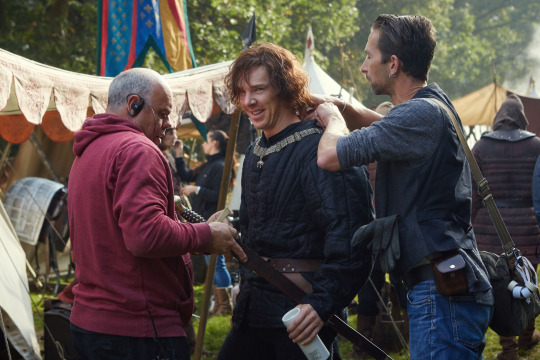 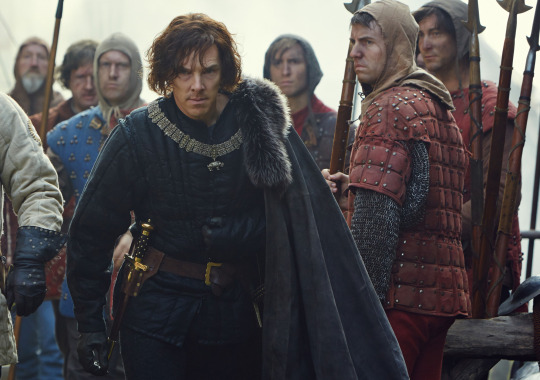 Posted in BBC, Behind The Scenes, Benedict Cumberbatch, Richard III, The Hollow Crown 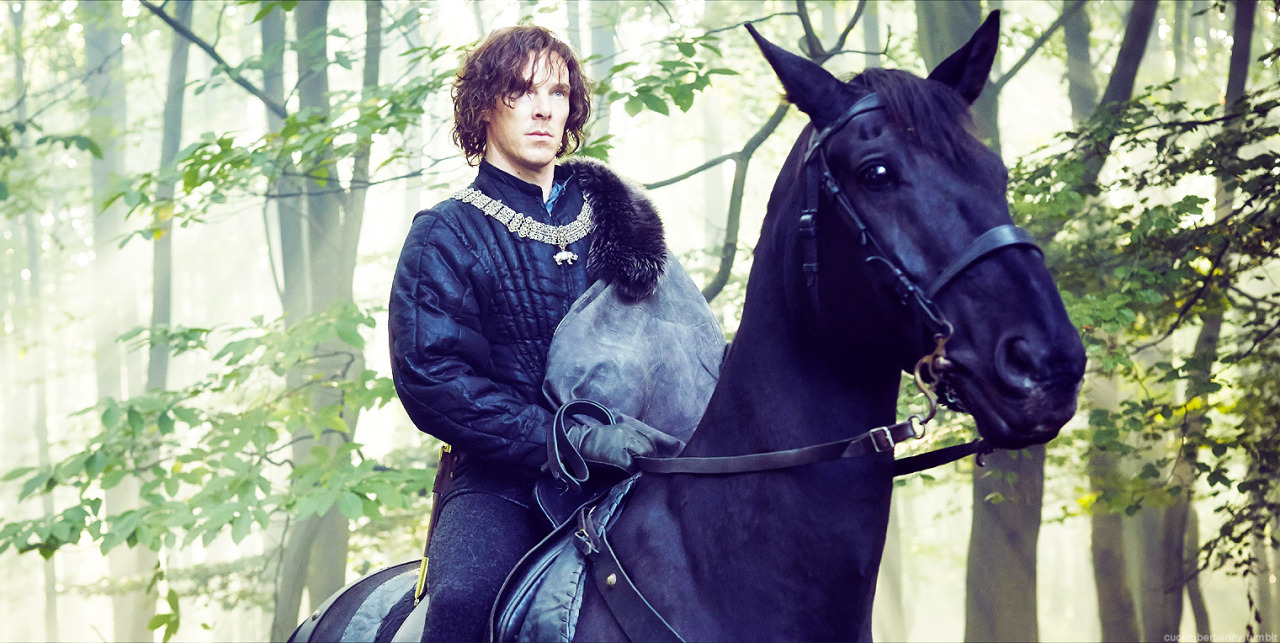 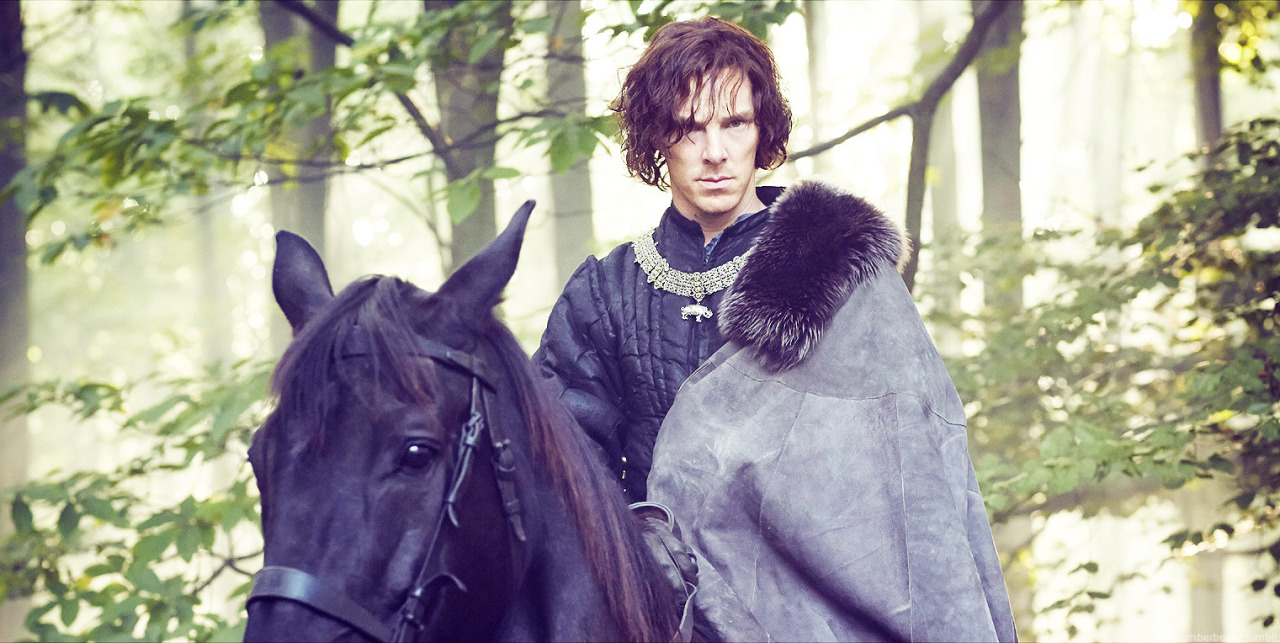 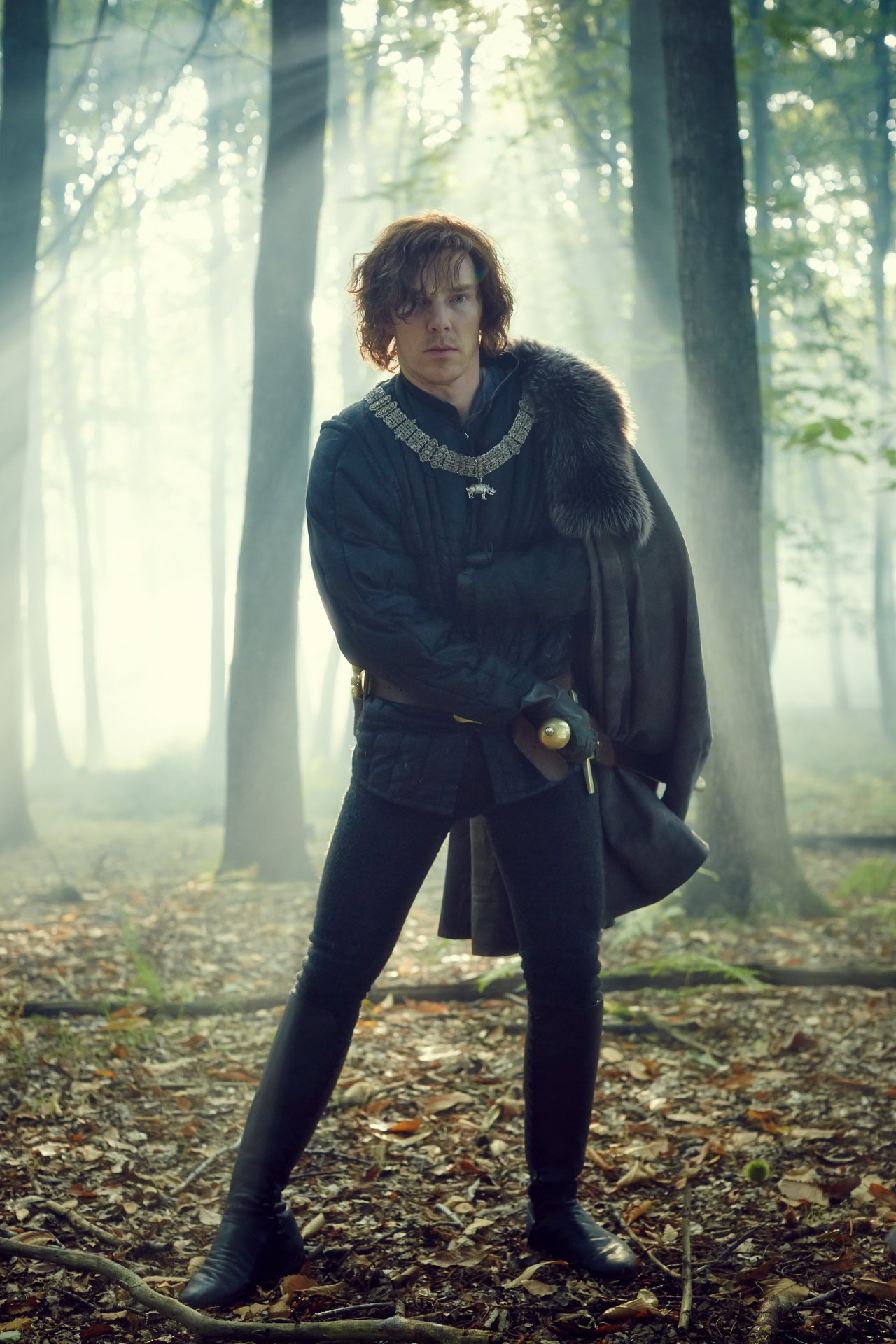 Benedict In The Hollow Crown… 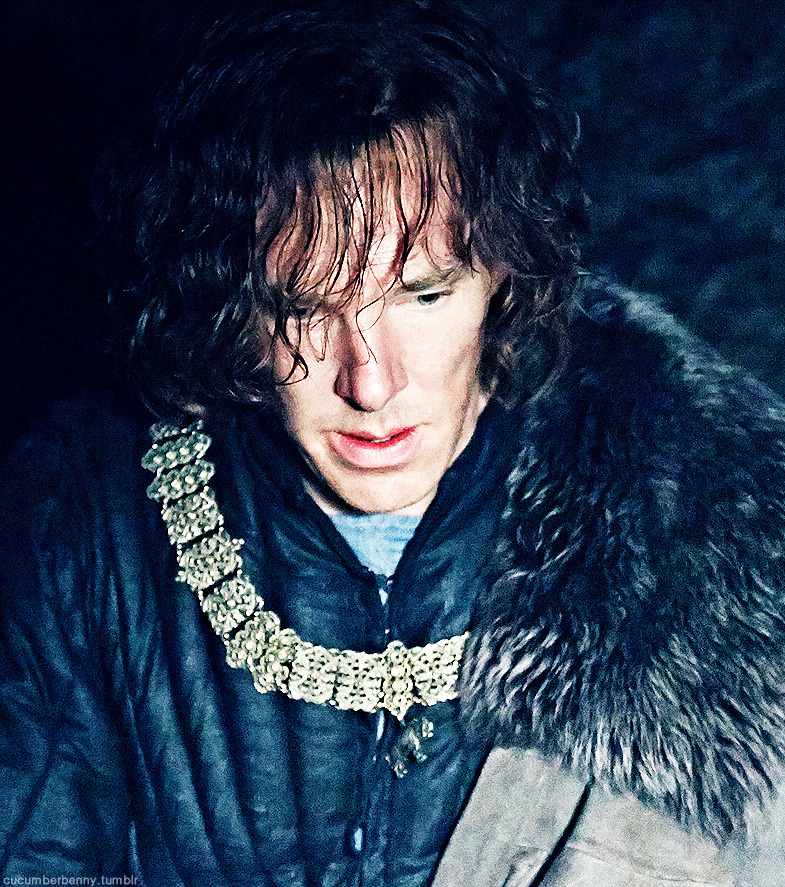 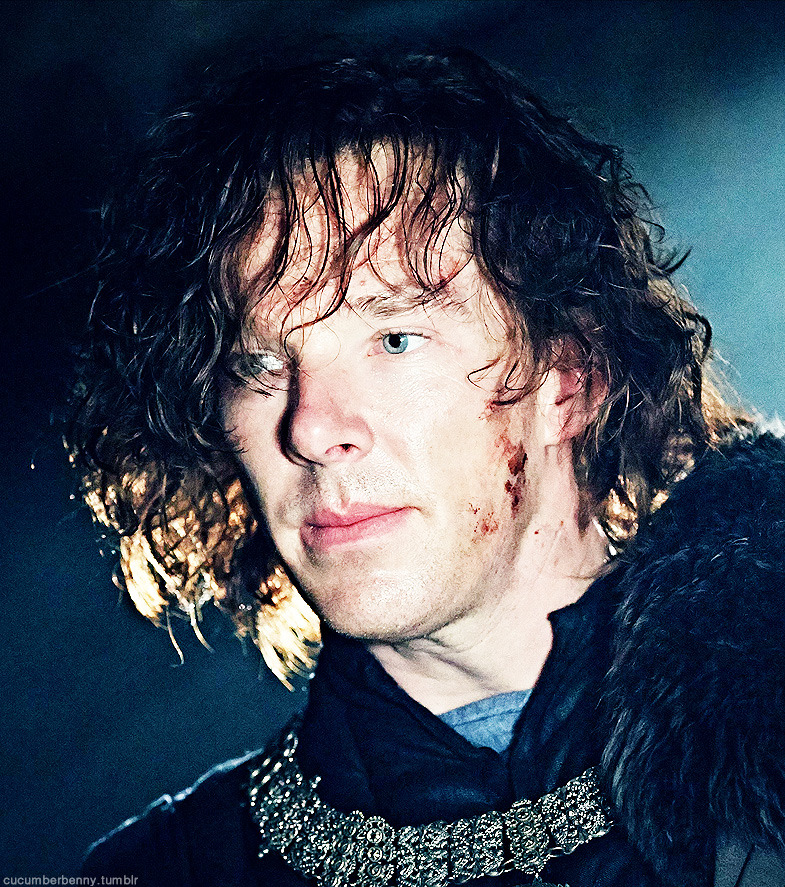 Benedict As Richard III In The Hollow Crown…. 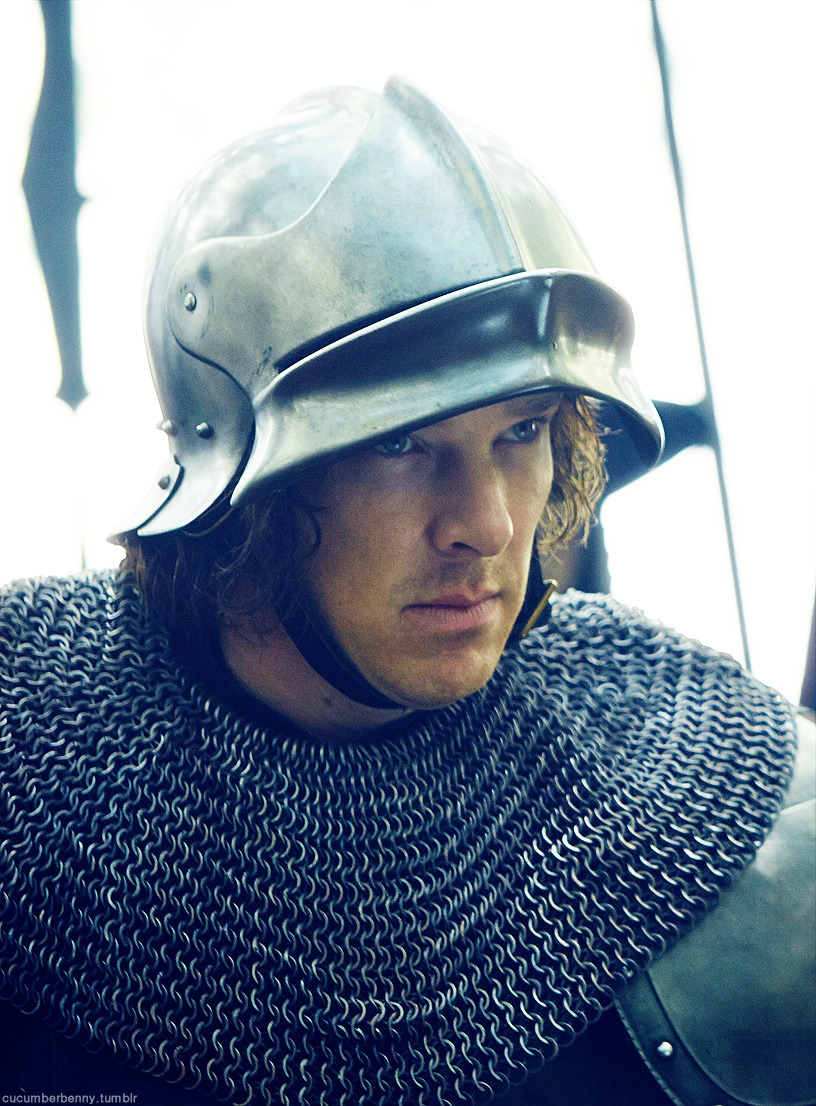 Benedict Cumberbatch as Richard III in The Hollow Crown… 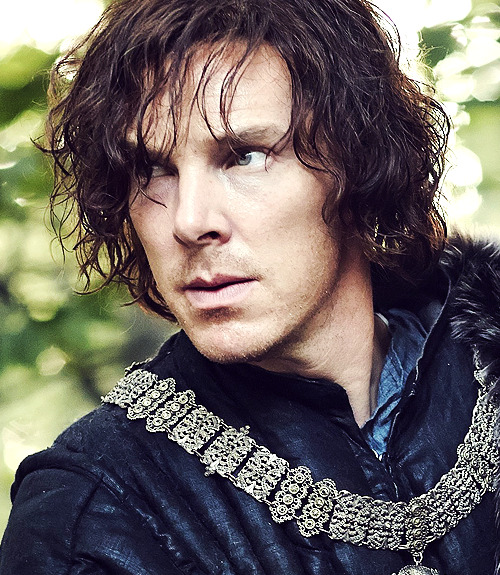 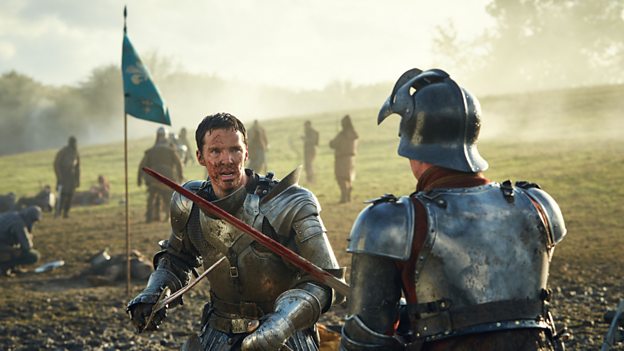 How did you connect with the character?
In terms of tackling the real historical figure versus the fictionalized version in Shakespeare, I think we’re smart enough as audiences that the two can coexist.

The script does all the heavy lifting. Richard tells the audience about how wrong he feels in his body, about being dejected and overlooked, and about being unable to be part of a royal courtly life with the Plantagenet’s.

In medieval England if you were not born perfect you were often drowned at birth. It was a terrible social taboo. In Shakespeare’s story, Richard is fostered at a distance from the Kennedy-like family of perfect specimens. There’s very little care for him. His deep-seated anger and hurt leads to his ambition and everything we know of him. That was our way into humanizing him.

Do you see Richard III as a villain or as an antihero?
His arc is hugely brilliant. In Richard III he gives a speech about how he’s going to go and kill the king, Henry, and how this ties into his feelings about himself as a disabled man. I think that humanizes him. As an actor you have to flesh out your character. You can’t pantomime with the daggers and the looks, because that gets really dull.

There’s such humor in other moments where Richard relishes his plans. He’s an antihero because he lures us in. He’s very funny, hopefully. Audiences don’t necessarily side with him but they revel in his villainy! I also don’t want to burden Freudian analysis onto him and make him more understandable. I don’t want to say, ‘Oh, he’s just a victim of this cruel world. Oh, what other choice did he have?’ Of course he had choices. He very clearly makes the wrong ones and suffers the ultimate downfall for that.

What do you think of Ben Power’s scripts?
Richard III is often performed stand-alone, because you can mention it in the same breath as Macbeth and Othello, if not, say, Hamlet. It is a standalone of the histories in a way that the Henry VI’s aren’t. What Ben has done is to create a sense of a through-line in the themes across the plays. He has created a real sense of urgency.

What’s it like to work with such a stellar cast and crew?
It’s exciting to see the talent you can draw due to the shorter engagement period. For example, it took Judi Dench a matter of days to film her scenes playing my mother, but to get someone of that ilk to do that on stage would be tricky, if not well nigh impossible.

Dominic Cooke is an extraordinary director and someone who managed the Royal Court, one of our best-loved theaters, through a period of one of the best incarnations of new writing. He is so beloved in our industry, as well as being utterly brilliant, very kind and generous. You feel in safe hands.

It’s a winning element that we have the combination of Ben Power, the script-writer, along with Karen Hartley Thomas who worked on the prosthetics, with Dominic overseeing all.

What was it like working on location when shooting these scenes?
One of the joys of the job was an extraordinary heritage tour of Great Britain. It was a real honor for all of us to have access to these incredible parts of our history. It was awe-inspiring to be on these hallowed bits of preserved or ruined ground which these characters might actually have walked upon. The settings immediately create a sense of drama and scope.

What was like to recreate the medieval battles?
We were carrying around weapons of steel and aluminum, which were props but could still do a great deal of damage. We were fighting in fields and in rivers with water literally up to our chests. It was brutal.

The broadsword as a weapon could crack your skull open with just a glancing blow. It really is such a barbarous way to go about winning power. I’m in awe of it. The training was tough – all of us would come away from training looking shell-shocked and pale!

Richard III is a tragedy, but you only really appreciate that tragedy if you have met the adolescent who becomes the despot who becomes the regretful, nightmare-haunted wreck – Benedict Cumberbatch

How do you reconcile the play with the historical Richard III, whose remains were recently discovered?
Physicality has always been at the center of playing Richard III. He is very clearly described as being a hunchback with disproportionate legs. His physicality is there in the play and the script, in his own analysis and in other people’s name-calling. It is unavoidable.

On camera, anatomical accuracy is even more important because of the scrutiny provided by the lens. In the opening shots of Richard III we have the character topless, so you can see every detail of the curvature of his spine. It took me about 3-4 hours to put on the prosthetics. The weight of the silicone is incredible. It’s painted to match the skin tone and it looks distressingly real. By contrast, on stage Richard’s body has always been something to hide.

**As she screams madly… **Didn’t pick my favorite moment, in Scandal In Belgravia where Sherlock insults, then apologizes to Molly Hooper.