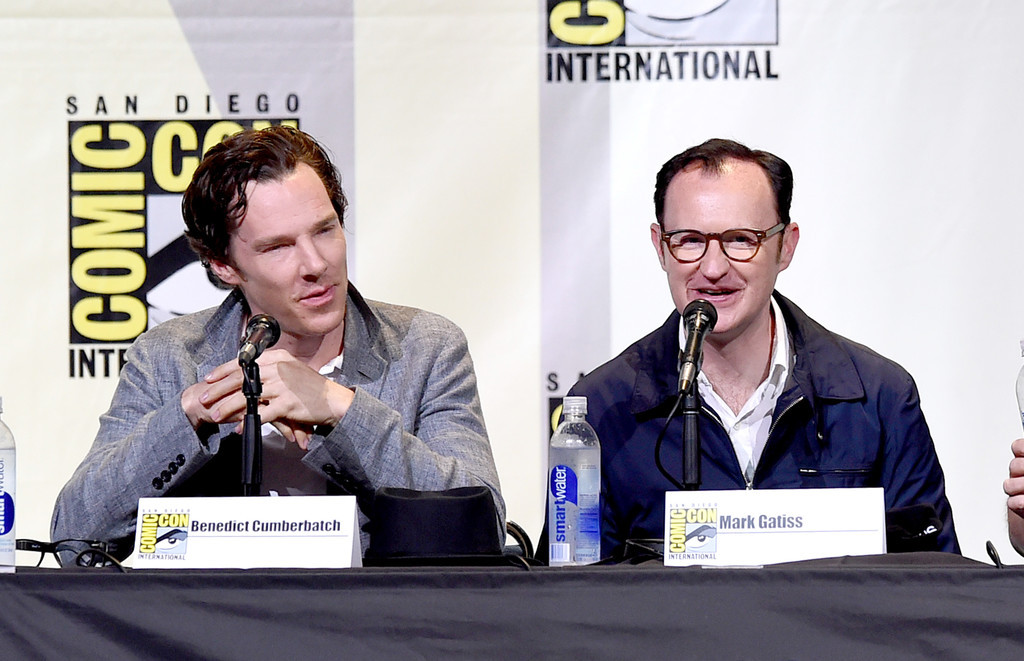 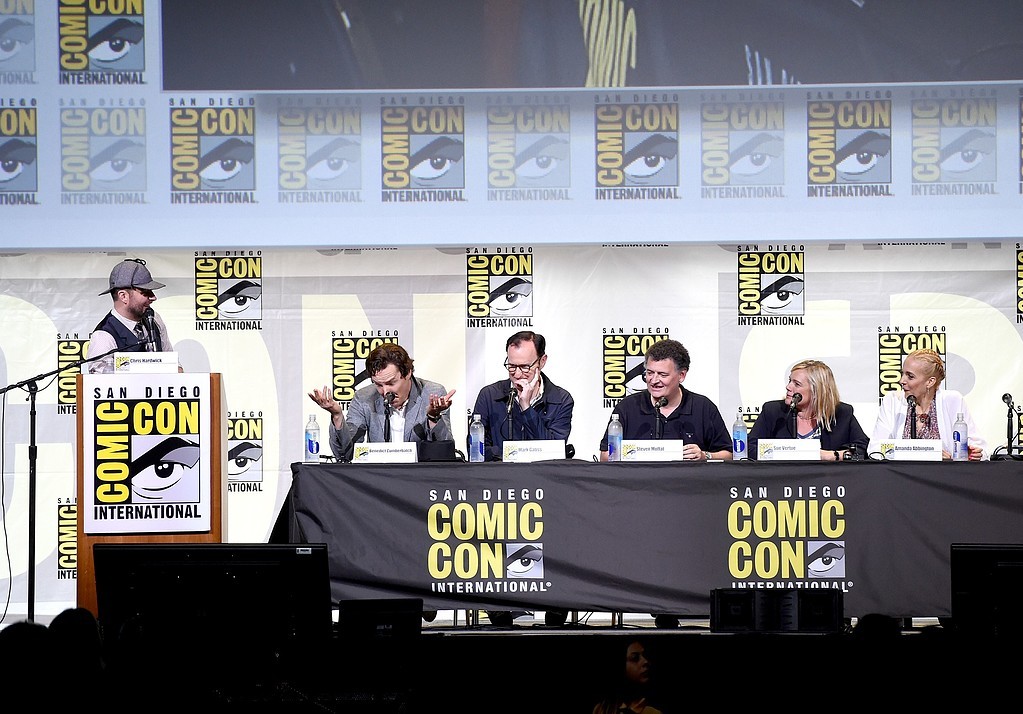 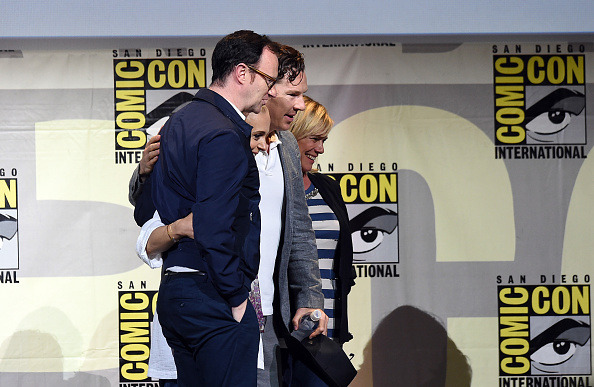 What’s Next For Sherlock? – Post Mortem: The Abominable Bride – Sherlock

‘Sherlock’ premiere date: Production gets underway Spring; there may be a crossover and character death

“Sherlock” won’t begin production until this spring, as Kpop Starz reports, which was also mentioned by show creator Steve Moffat, though he did not give any specific date when it would begin production.

“I think we’re starting next year, April-ish,” Moffat said to Collider last year, which would make sense as the show will premiere in 2017.

“We do have the next ‘Sherlock’ announced, that is coming about a year from now,” PBS President Paula Kerger said as a confirmation when the show will come out. She has also said that Benedict Cumberbatch, who plays Sherlock Holmes, wants to continue working on the series.

Kpop Starz also said that a possible crossover with “Doctor Who” has been stated by Moffat, but no further information have been given about it.

With “Sherlock” still a year away from its next season premiere, there are speculations as to what might possibly happen in it. One involves the death of Watson’s (Martin Freeman) wife, Mary (Amanda Abbington), which was speculated on in this Parent Herald post.

Show creators Steve Moffat and Mark Gatiss have hinted season four will be dark and will involve much emotional upheaval. It’s also known that in the original books by Sir Arthur Conan Doyle that Watson had a short-lived marriage.

This has fueled fan speculation that Mary will die somewhere along the series, and season four might be the time it will happen.

Freeman himself has stated that somewhere along the way, Mary will die as the show, even though it is set in modern times, still follows the stories as it was written back then by Sir Conan Doyle.

Still another speculation has been brought up by Cross Map, as it says that there might be a third Holmes after Sherlock and Mycroft. This is based on Mycroft mentioning about what happened to “the other one.” The third Holmes is said to be Sherrinford and he might possibly be played by Tom Hiddleston.

The speculations may or may not be true, and as there is still no official word yet on what would be coming for season four, most of these rumors still have no basis as of yet. Which Sherlock Character Are You Most Like? – Sherlock: The Abominable Bride

More Images From BTS Look At Sherlock: The Abominable Bride…

To view more, visit our GALLERY…

Sherlock “Why We Are Going Back..” Screencaps… Pt. 1

Why Are We Going Back To Victorian Times? – Sherlock: The Abominable Bride

‘Sherlock Season 4’ won’t happen until 2017 since Steven Moffat confirmed that they won’t start filming until mid-2016; however we’ll be seeing the Holiday Special set in Victorian England 1895–to be exact. The question that fans have now is; “Is Moriarty actually coming back this coming ‘Sherlock Season 4’?

It seems like we’re going to have to wait longer before we can see the 3-episodes of Sherlock Season 4. Since the Christmas Special is already done we were expecting for the show to premier by December this year or at least early next year.

But since Martin Freeman and Benedict Cumberbatch are so busy, the premier date for ‘Sherlock Season 4’ might be moved further.

An interview with Steven Moffat with Digital Spy UK, gave us a look at what will happen in the next season of Sherlock. And sadly he also mentioned that the filming for the next season won’t happen this year.

Steven Moffat added, “[Series four] is going to be… I suppose you’d say… consequences. It’s consequences. Chickens come to roost,” Moffat told Entertainment Weekly (via DS). “It’s dark in some ways – obviously it’s great fun and a Sherlock Holmes romp and all that – but there’s a sense of things coming back to bite you. It’s going to be more of an emotional upheaval. Hopefully enjoyable and fun, all the things Sherlock must always be. It will be tough at times.”

Recently writers and creator of the show has been very generous as to give us some glimpse of ‘Sherlock Season 4’. They said that the upcoming ‘Sherlock Season 4’ is going to be better and darker than the previous seasons of BBC’s Sherlock.

It’s been more than a year since we last saw Sherlock and we were left with a cliffhanger, we saw Sherlock being taken off by an airplane as punishment for ‘murder’ and then he was called back when ‘Moriarty’s’ face flashed all over England. So now the question is; ‘is Moriarty’ still alive? There are tons of speculations about this end, but Steven Moffat said that Moriarty is truly dead.

Benedict Cumberbatch was asked about Moriarty–whether he is coming back or not– back in his interview with RadioTimes, he answered, “Yes. I think so. I casually choose to forget in order to rediscover it again a little bit.”

However these are some outlandish speculations, but we know the show to have some outlandish turns, like Mary being an assassin or the fake death of Sherlock. Whatever it is we are in for a surprise for the upcoming season according to Steven Moffat.

There are rumors saying that Mary Watson will die in the upcoming season, if the series will stick to the original version of the book by Sir Arthur Conan Doyle this is a possibility, however Mark Gatiss (Mycroft Holmes and writer for BBC’s Sherlock) say this is not the case.

Sherlock Season 4 will premier later this year with their Season 4 Holiday Special Episode.

The Victorian version of Sherlock is coming to the big screen, executive producer Steven Moffat announced to Comic-Con today. When it comes out in “the next year, we hope,” the EP said, the Christmas special of the series co-produced by BBC and PBS and starring Benedict Cumberbatch will be released in “select theaters” around the world. A sneak peek shown before the panel started showed the Great Detective in his original 19th century garb and setting. The brief glimpse seemed to strongly and amusingly suggest that Sherlock and housekeeper Mrs. Hudson (Una Stubbs) are not fans of Dr. John Watson’s (Martin Freeman) writings of Holmes’ adventures, with both critiquing his flourishes and tone.

When it comes to other writing, Moffat told the crowd that he actually hasn’t started writing Season 4 of the show yet.

Fellow EP Sue Vertue and actor Rupert Graves joined Moffat onstage in a full Ballroom 20. As in past years when Cumberbatch wasn’t in attendance, the actor appeared in a video to say hello to fans. The video kicked off as a message from Andy Scott, who plays Holmes’ archrival Moriarty on the show. Scott is working on the upcoming James Bond pic Spectre. Then Cumberbatch appeared along with EP Mark Gatiss, who also plays Holmes’ brother in the series. The two of them are appearing in Hamlet in the UK. Scott ended the video with a paraphrase of Moriatry’s trademark line, “Hello, Comic-Con. Miss me?” And knowing full well that they just send the fandom into frenzies!

A first look at the BBC’s Christmas special reveals more of their period stylings – but how are the Baker Street duo going to travel back in time?

A fetching handlebar moustache, a heavy herringbone tweed suit, pinstripe trousers, a pocket-watch chain, a morning suit, a bright-blue tie pin and a red handkerchief. What are the clues hidden in this new picture showing the upcoming Victorian incarnations of the modern Dr Watson and Mr Holmes? Will they help us decipher what we might expect in their next adventure?

Released ahead of the Sherlock panel at this year’s San Diego Comic-Con – which includes executive producers Steven Moffat and Sue Vertue, as well as star Rupert Graves (or DI Lestrade) – the picture is taken from the upcoming BBC Christmas special, which is reported to involve “a trip back in time to Victorian London”, ahead of three more episodes of a new series.

But how will they get there? Actual time travel feels like it would be a leap too far for a series that has done its best to stay largely within the realms of possibility, and a trippy, 7%-solution-inspired dream sequence might be a bit much for a Christmas episode. How about a one-off re-imagining that steps outside the series’s timeline to show us how this version of the duo would have handled Sir Arthur Conan Doyle’s original cases? (Which, come to think of it, would make it a re-re-imagining …)

Moffat seems to be leaning towards the latter (although he has been known to enjoy the odd bit of misdirection before each season of the programme). As he told Entertainment Weekly ahead of a SXSW panel:

The special is its own thing. We wouldn’t have done the story we’re doing, and the way we’re doing it, if we didn’t have this special. It’s not part of the run of three episodes … It’s Victorian. [Co-creator Mark Gatiss] and me, we wanted to do this, but it had to be a special, it had to be separate entity on its own. It’s kind of in its own little bubble.

Steven Moffat wins for Writing for a Miniseries, Movie or a Dramatic Special